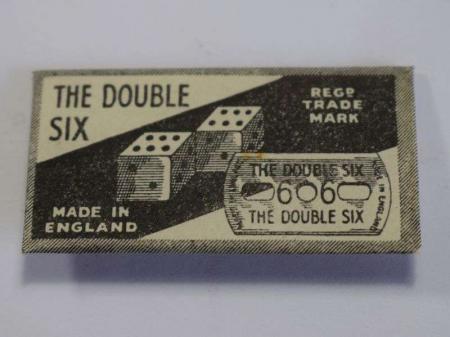 59) An original WW2 British razor blade “Double Six” these are military marked as supplied to British troops, POWs etc, they are for use as a razor blade but when floated on the surface of water double as a compass for escape and evasion purposes, several companies producing razor blades were involved in such items, we have tried several, they float perfectly and each turns strongly with the “ENGLAND” end pointing north. They are in good order unissued and still wrapped but do show rust spots in places (see photos). a nice 100% genuine ingenious escape aid. These ones are WD marked and dated 1944. The rust will clean up with care. 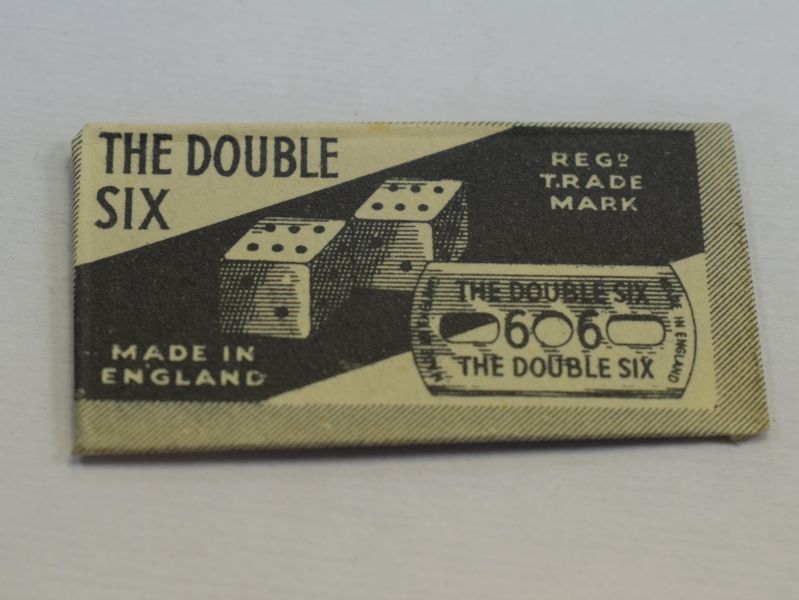 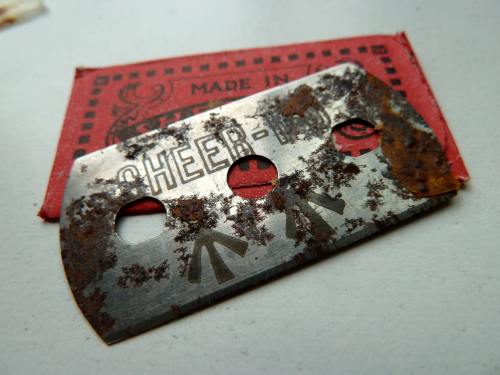