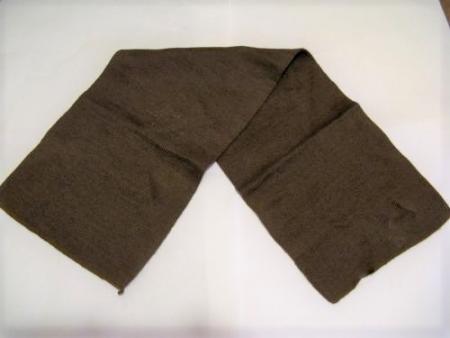 62) A very nice original WW2 short scarf which doubles as a commando hat, these can be seen in many period photos being worn by commandos and special forces while on operations and was specifically produced for issue to them (other services had a much longer neck scarf similar but not for use as a cap) it is in perfect condition and is maker marked and dated 1942 not the clearest markings in the world but all is visible, the pictures at the bottom show it being worn by “mad” Jack Churchill and another commando.