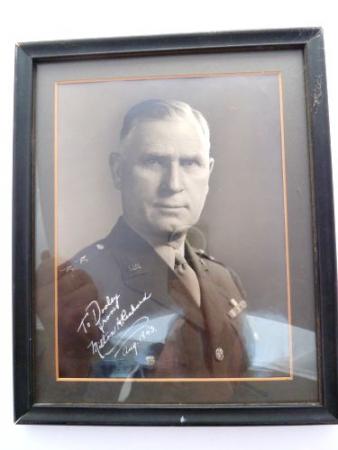 A nice large photograph of General Milford A Reckord in uniform, the photo is in excellent original condition and inscribed “To Dooley, From Milford A Reckord, Aug 1943” the frame is the original and of the period, the backing has never been touched. The picture measures 11 inches x 9 inches.
The period photos show the following
WW1 General John J. Pershing, left, commander of the American Expeditionary Force, addresses the colors of the 115th Regiment, 29th Division, the best known of the units comprising Harford County troops in World War One. General Milford A Reckord of Bel Air, center, receives Pershing’s salute
General Milton Reckord Presenting 30 years of services. From Left to Right: Col Amos Koontz, Col Damer McKenrick, Col W Baxter, Col Millholland, Col Rodger Whiteford, Lt Col Thomas McNeil Colors: 29th Infantry Division, 115th Infantry Regiment, 175th Infantry Division, 116th Infantry Regiment. At Indiantown Gap Military Reservation, Penna 1955.
The following info was taken from http://en.wikipedia.org/wiki/Milton_Reckord
Milton Atchison Reckord (December 28, 1879 – September 8, 1975) was an important figure in the history of the National Guard of the United States. He also served as Adjutant General of the State of Maryland
Reckord was born to John and Lydia (Zimmerman) Reckord at their home in Harford County, Maryland. He commenced work at his father’s milling plant in 1896 upon his graduation from Bel Air High School. He was married to Bessie Payne Roe from 1910 until her death in 1943, and had one daughter with her, Gladys Atchison Reckord.
Reckord expressed desire to serve in the military, but, at the request of his mother, delayed entry into service until he turned 21. He enlisted in Company D, 1st Maryland Infantry, Maryland National Guard on February 15, 1901, and would eventually rise to command the same company when he was commissioned as a captain in December 1904. As a major, in 1916, Reckord was given command of the 2nd Battalion, 1st Maryland Infantry, which deployed to the Mexican border and served in the Mexican Expedition commanded by Gen. John J. Pershing. When the 29th Infantry Division was created on the eve of World War I in 1917, Reckord was given command of one of its regiments, the 115th Infantry, which saw combat during the Meuse-Argonne Offensive. In 1920, he was appointed Adjutant General of the Maryland National Guard and, in 1934, while still serving as Maryland’s Adjutant General, he assumed command of the 29th Infantry Division.
During the years between the First and Second World War, Reckord was a leading advocate for increasing the role of the National Guard in the United States’ national defensive strategy. From 1923 to 1925, he served as president of the National Guard Association of the United States. In 1933, he authored legislation that permanently gave National Guard personnel status as both state and federal troops.
Reckord was mobilized for World War II with the 29th Infantry Division in February 1941 and took a leave of absence from his post as Maryland’s Adjutant General. Deemed by the Army to be too old to command a division in combat, he was relieved of command and assigned as the commander of the III Corps Area. He later deployed overseas and was named Theater Provost Marshal, European Theater of Operations.
After World War II, Reckord returned to his post as the Adjutant General of Maryland. He was promoted to Lieutenant General by Governor J. Millard Tawes in 1961, and continued to serve as Adjutant General until his retirement in 1966. 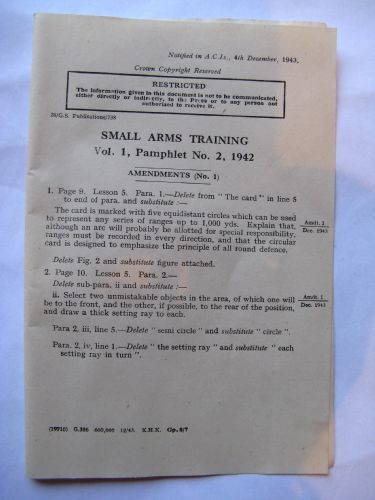 No rating
Original amendments sheet for the sat no2 pamphlet
£1.50
Add to cart
Quick shop 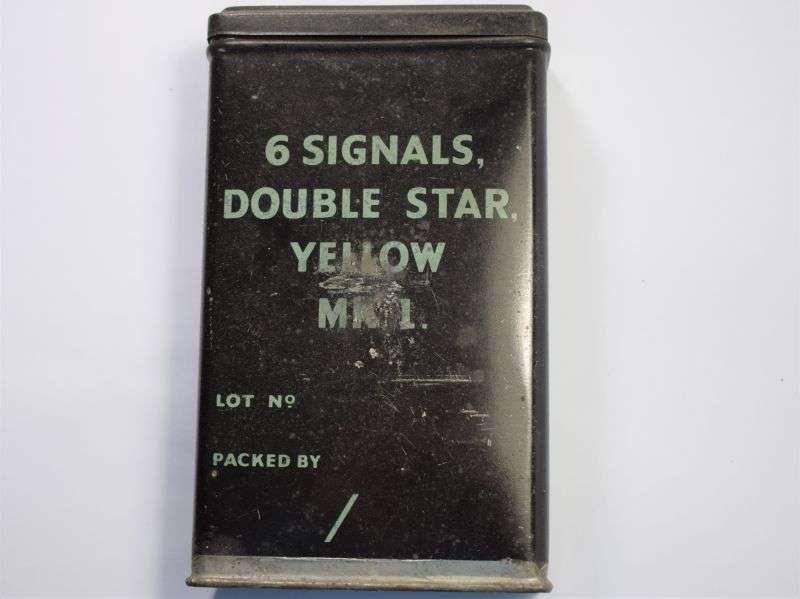 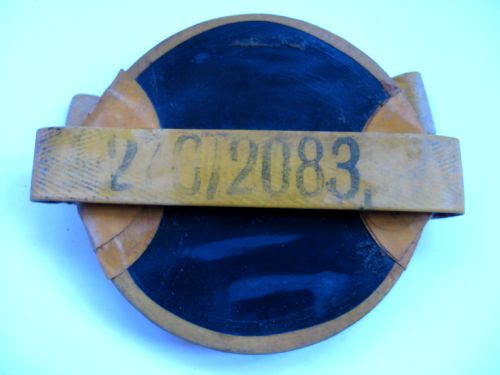 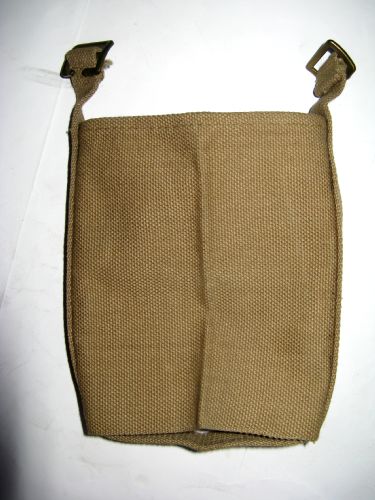 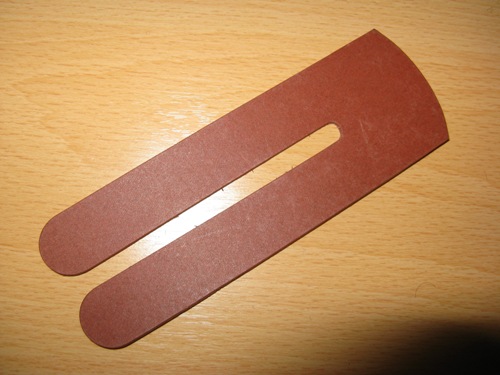 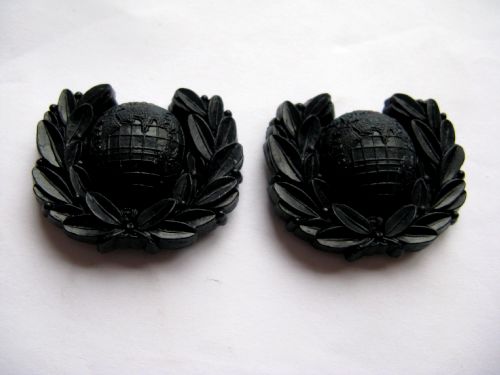 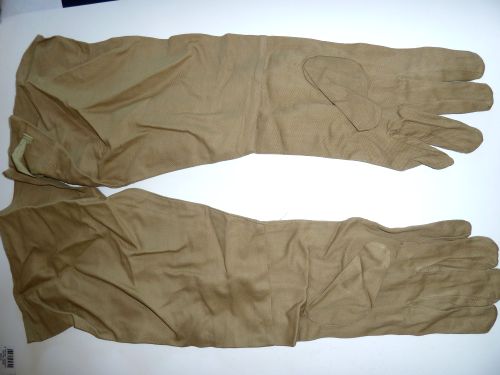 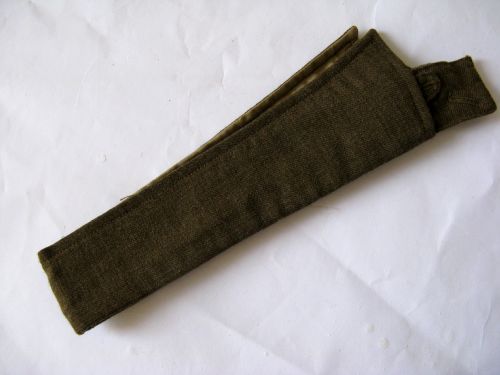 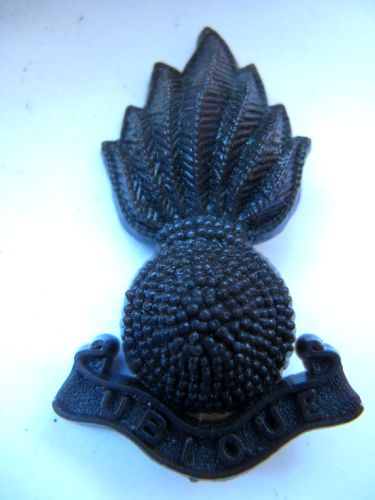 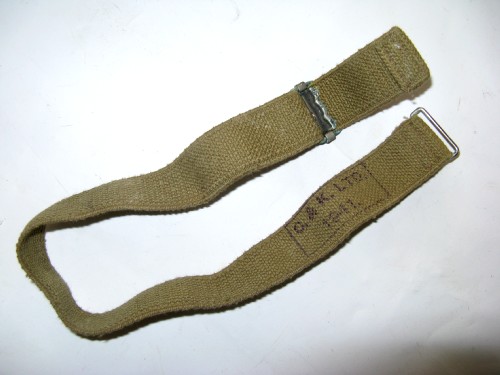 No rating
A fully elasticated chinstrap for the Tommy helmet unusually maker marked and dated
£12.50
Add to cart