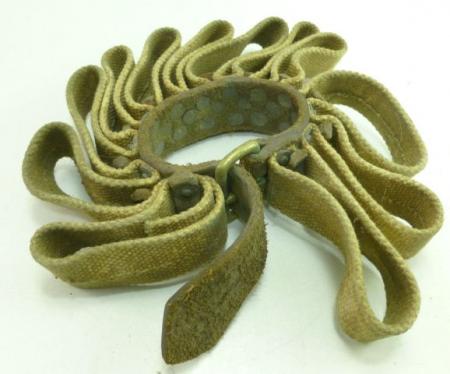 An original WW2 British military rifle rack for 12 rifles, this is designed to be attached around the centre pole of a large tent or marquee and allow 12 rifles to be stacked in wigwam style around the pole, this idea was used as early as the Crimean war and was still in use during WW2 and probably later the pattern did not change. It is in nice undamaged condition with minor storage marks and is marked BHG 1940 /|. 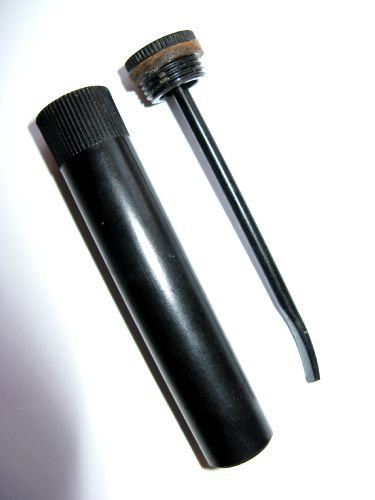 No rating
WWII bakelite / plastic oiler for the SMLE, NO4, rifles etc
£2.50
Add to cart