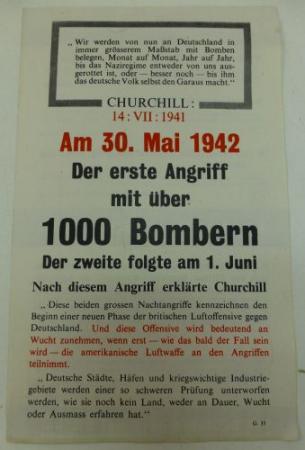 An Original WW2 Airdrop Leaflet dropped by the RAF on the Germans, this one is a double sided leaflet  and is in nice condition with no damage, the German to the front roughly translated reads, “The first attack with over 1000 bombers” it then has lots of info regarding the subject and other propaganda to the front, the rear shows a list of Britain’s offers and Britain’s demands. These leaflets were dropped over Germany, enemy positions & occupied countries to try and affect the morale, beliefs etc of the enemy troops. This is part of a small collection of original Propaganda air drop leaflets collected by a member of the RAF during WW2. It measures 8 ¼ inches long. It is marked G 33. 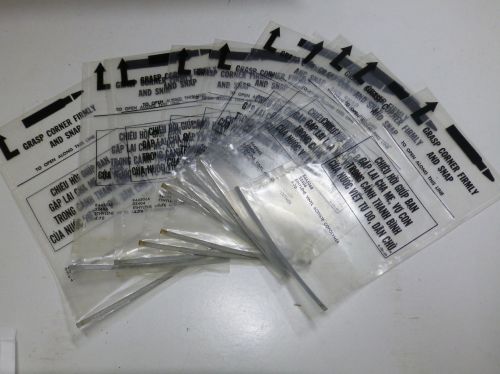