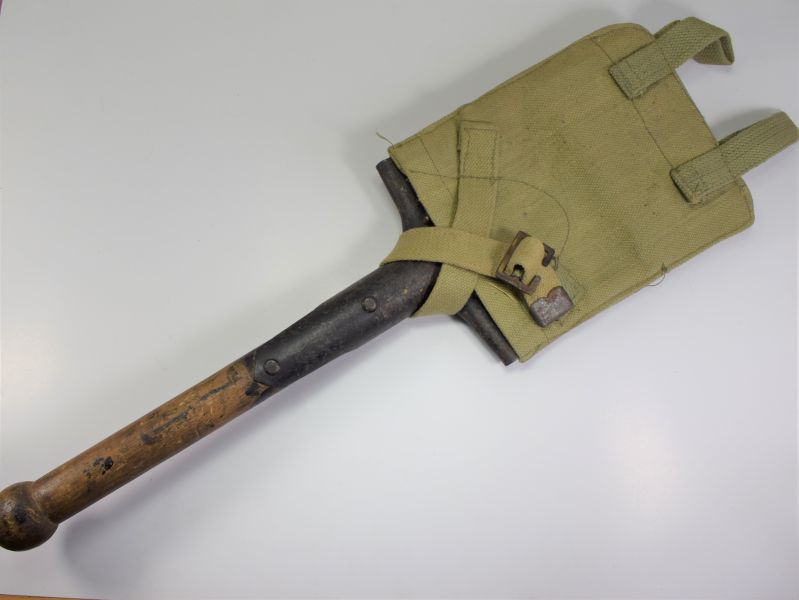 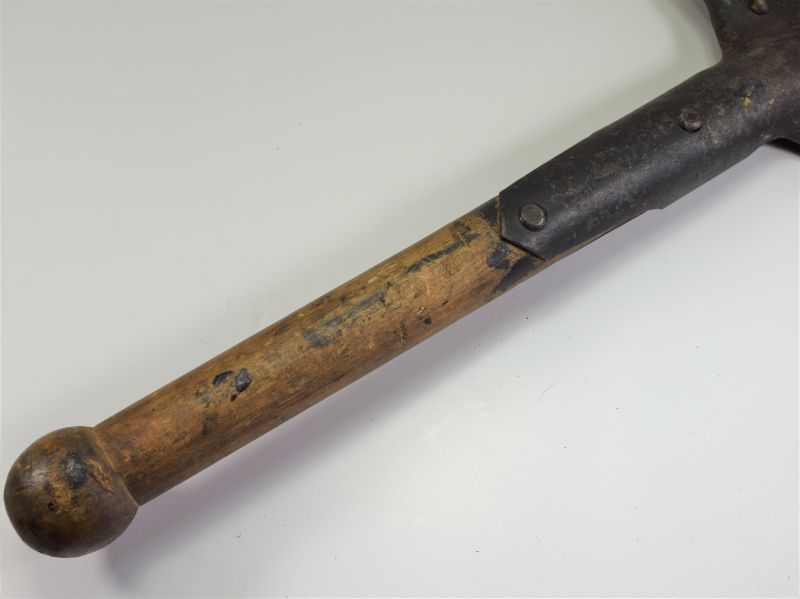 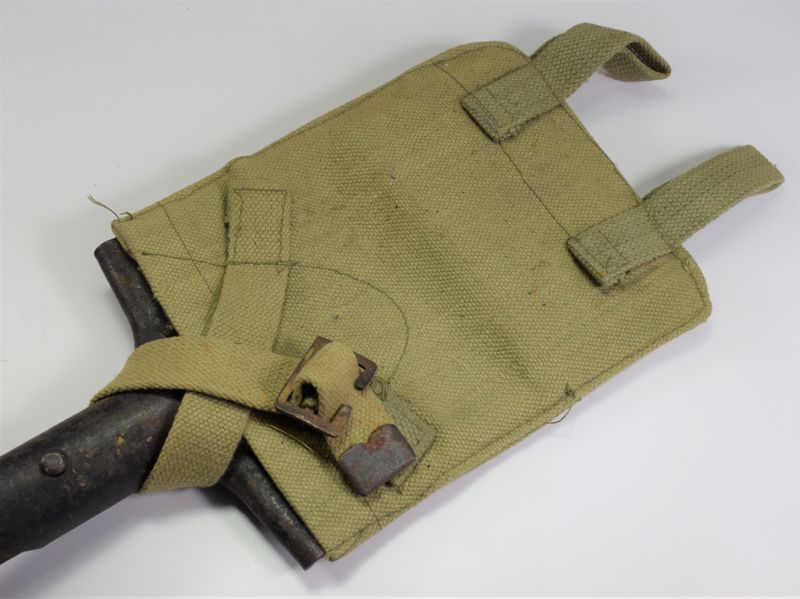 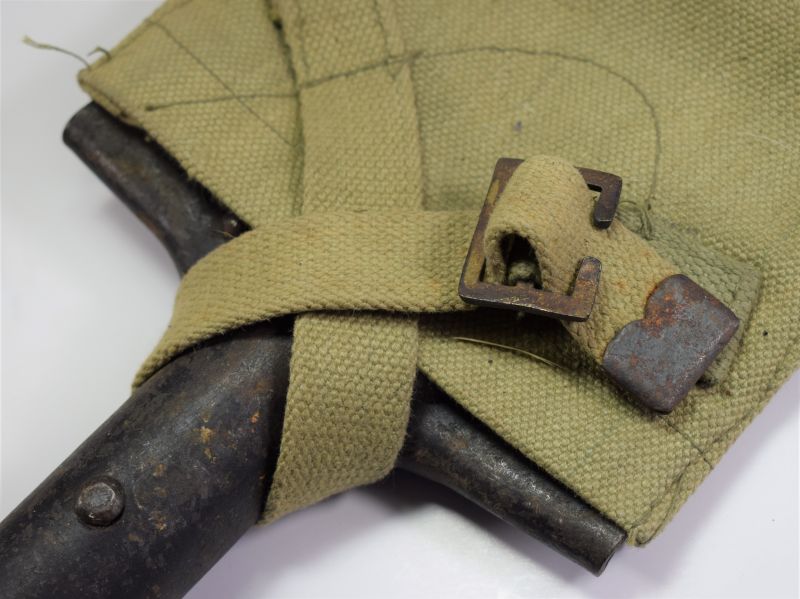 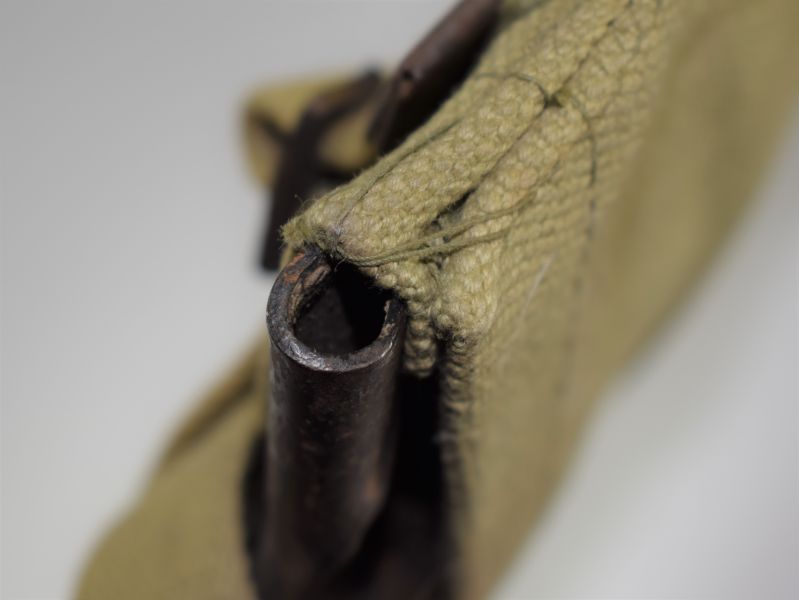 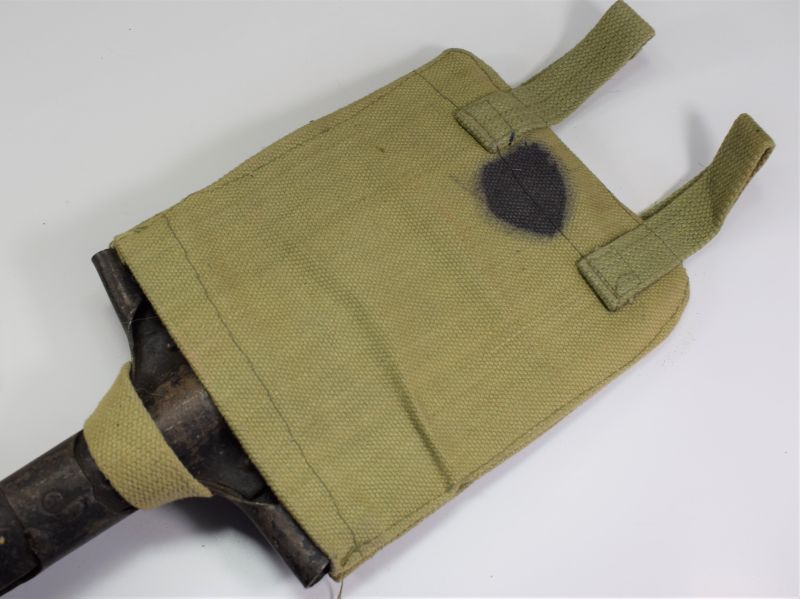 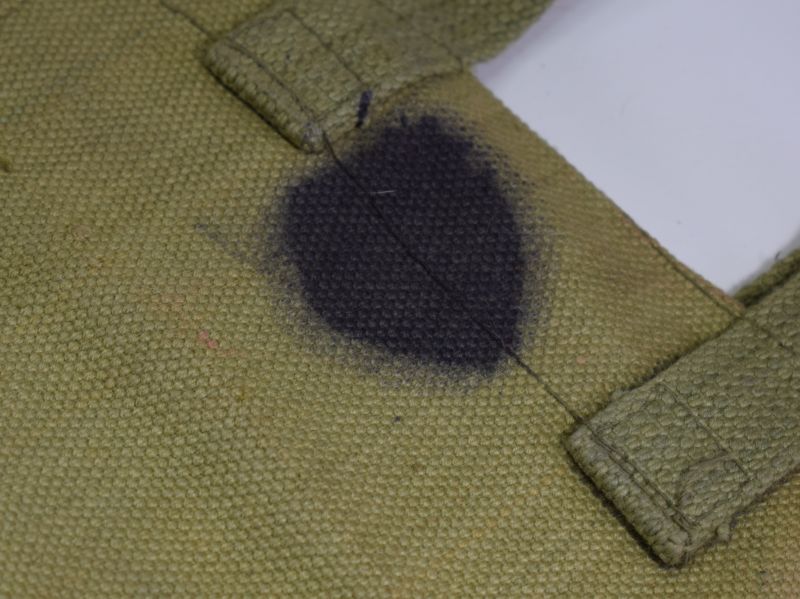 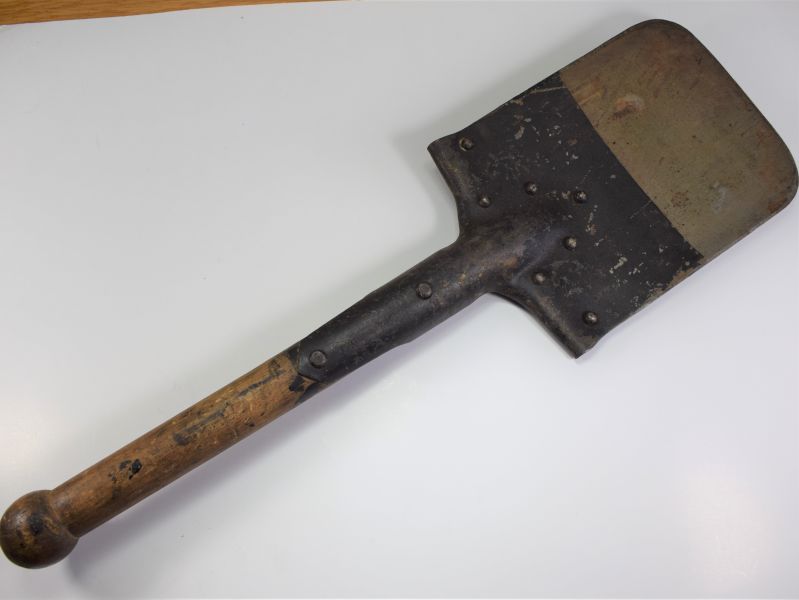 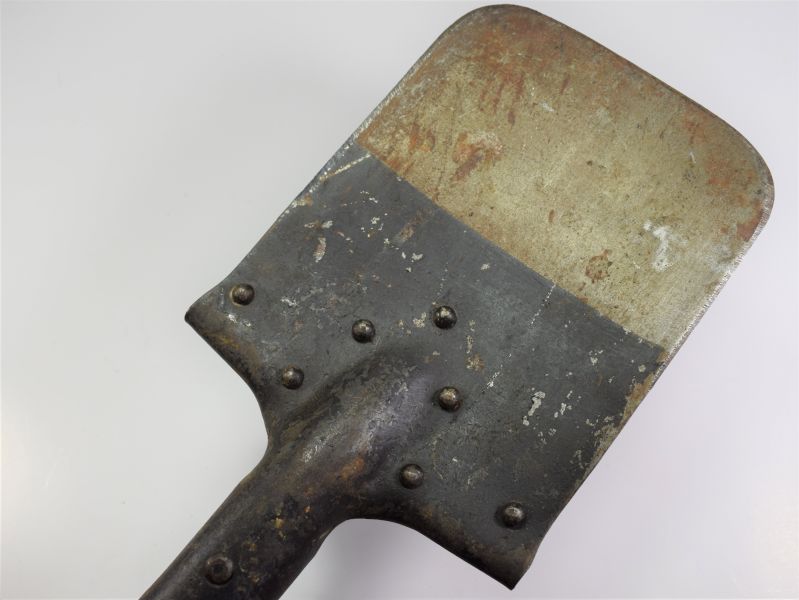 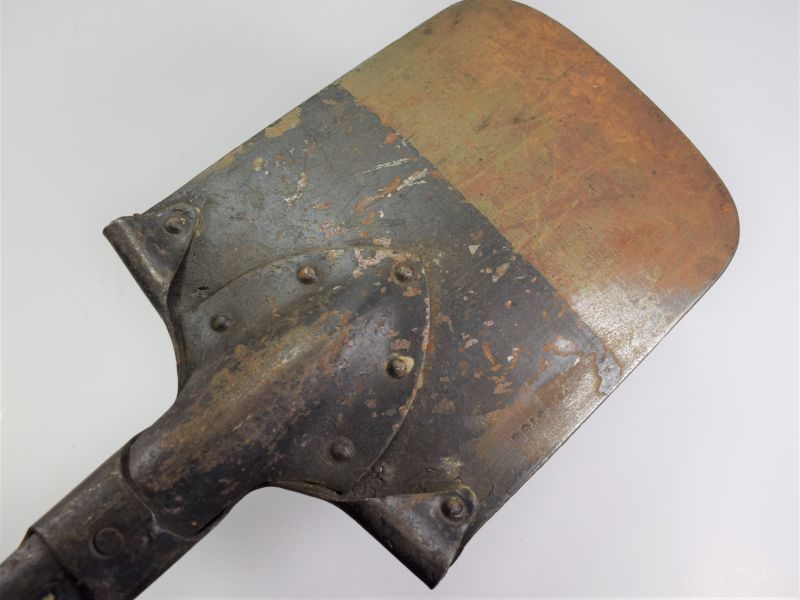 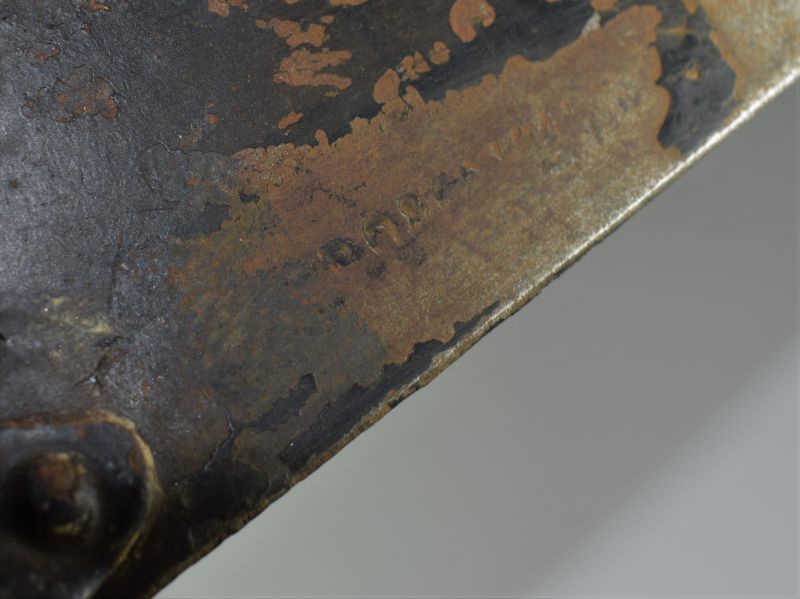 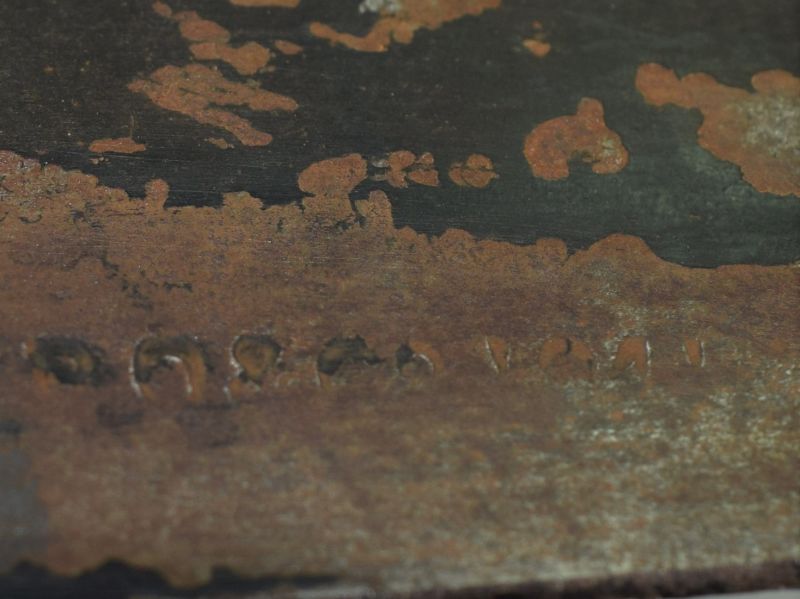 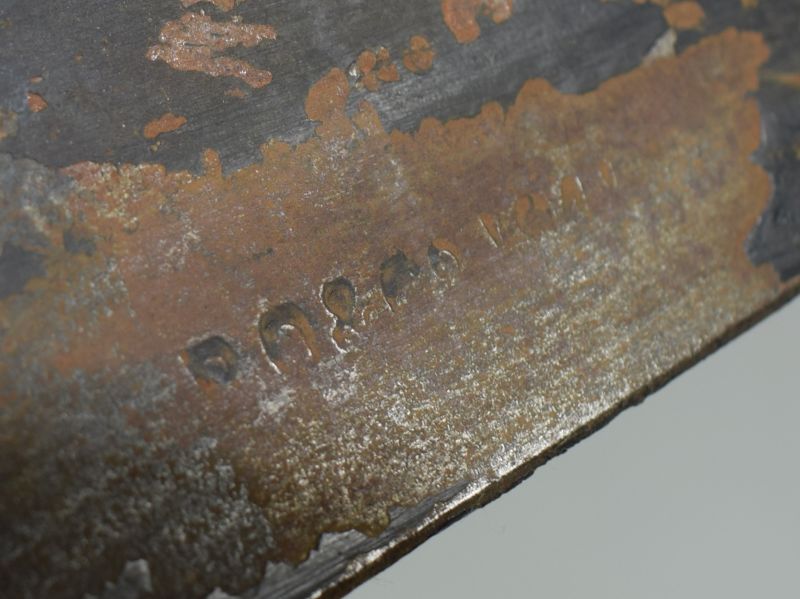 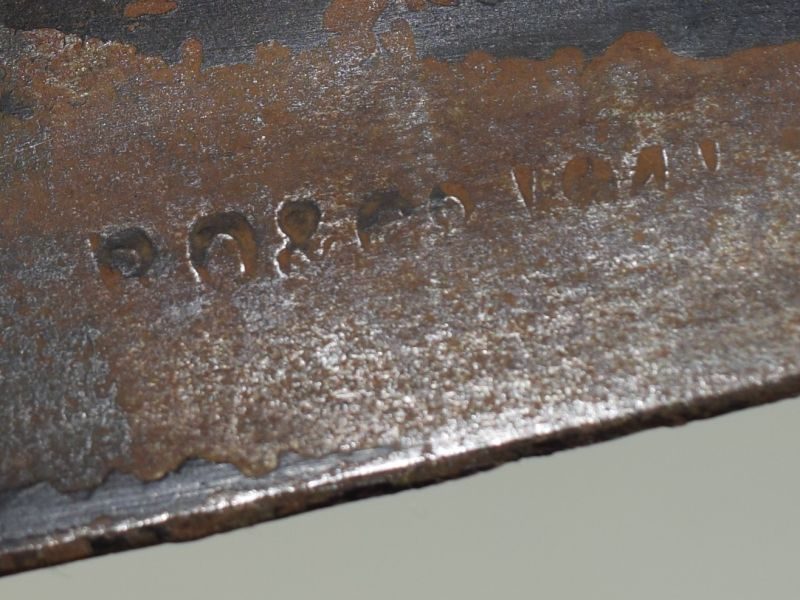 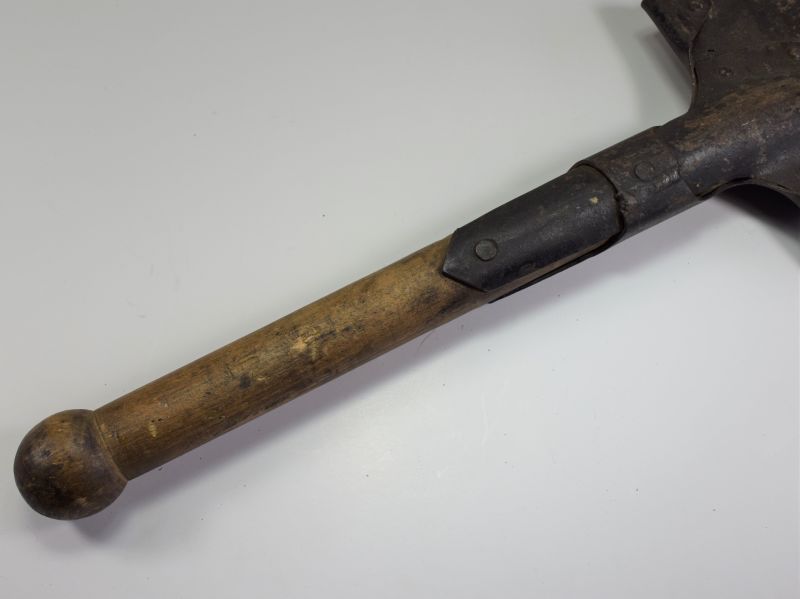 An original WW2 British army issue entrenching tool, this pattern was part of the “new” issue equipment and a follow on from the 1908 webbing into the “new” 1937 pattern kit, these short spades had a canvas cover over the blade with buckle attachments to allow them to be hung from the P37 webbing, as can be imagined they were found to be cumbersome and awkward when in battle etc, the majority being discarded on the battle field! This pattern would have been in issue and use on the beaches of Dunkirk. The 39 pattern tool was soon deemed obsolete and replaced with the traditional 37 pattern fold up entrenching tool which was an improved 08 pattern set which  did not come out until 1941. The 39-pattern tool was issued from 1939 to early 1941. This one is in excellent condition but is dirty, it is faintly maker marked and dated 1941 although not the clearest markings but can be made out. Overall length is 21 ½ inches. the canvas cover is post war Israeli issue, the blue splodge coveringb their military markings, it is in good order with some loose stitching to one edge.